ST. LUKE’S UNIVERSITY HEALTH NETWORK
NEWS RELEASE
St. Luke’s Works with Veterans Affairs to Improve Access to Mental Health Care
When Christine LeClair, Director of Veterans Affairs for Carbon County, had a doctor’s appointment at St. Luke’s University Health Network’s new Carbon Campus, she couldn’t help but notice how many veterans she passed in the hallways. “I could tell they were veterans by their hats and other gear,” LeClair recalled.
Late last year, LeClair’s office had partnered with the Pennsylvania Department of Military and Veterans Affairs (DMVA) to launch a program, Together With Veterans, to reduce the high number of veteran suicides in the area. Carbon County, home to about 8% of Pennsylvania’s veterans, has the highest suicide rate among veterans in the state, according to data provided by the Center for Rural Pennsylvania.
Seeing so many veterans at St. Luke’s Carbon Campus gave LeClair an idea: Could her office set up a booth at the hospital once a month where it could provide information on Together With Veterans and other programs they can access? “Our office is in the heart of Jim Thorpe,” LeClair said, “and with traffic and parking, it’s not that easy or convenient for many of our veterans to get to us there.”
LeClair took her idea to John Nespoli, President of St. Luke’s Lehighton and Carbon campuses. “He did me one better and offered us office space,” LeClair said.
By the beginning of July, the Carbon County Office of Veterans Affairs will have an office on what had been the first floor of the emergency department in the former Lehighton hospital. In addition, St. Luke’s Psychiatric Associates Bowmanstown will move its offices to the former hospital emergency department and be renamed St. Luke’s Psychiatric Associates Lehighton. In its new location, St. Luke’s Psychiatric Associates staff will be better able to refer any veterans it sees who need further assistance to Veterans Affairs, LeClair said. “This is what’s known as a warm handoff,” LeClair said.
In addition, a walk-in psychiatric center at the Lehighton campus will operate 24/7, 365 days a year and serve anyone 14 years or older in need of mental health services. “If the psychiatric center finds out the person is a veteran, they will be able to make referrals to Veterans Affairs and bring them over,” said Jennie Serfass, manager of the behavioral health services and rural residency program for St. Luke’s University Health Network.
In addition to receiving information and referrals, veterans also will be able to meet with an accredited Veteran Service Officer to file claims for local, state and federal veteran benefits at the St. Luke’s site.
The office at St. Luke’s Carbon campus will be dedicated in memory of combat veteran Chad Peyton, a friend with whom LeClair served and who died by suicide on May 17, 2021.
Nespoli said that St. Luke’s is very pleased to be able to help address veteran mental health and bolster efforts that take a wholistic approach to their care in any way that it can. “The veterans who served our country deserve the kind of care and attention that we at St. Luke’s are happy to help foster,” Nespoli said.
Book cart for veterans’ children
St. Luke’s also is partnering with the Veterans Center to fill a book cart at its Lehighton Campus that veterans and their families can use. The cart will feature popular children’s titles as well as a wide array of stories that talk about military service, deployments, and more difficult topics such as post-traumatic stress.
“My hope is that veterans who come to the Veterans Center at the hospital will bring their children and grandchildren with them and allow them to select a book from the cart to read either at home or while they are being assisted at the center,” LeClair said.
Fifteen books were ordered for the library that relate to PTSD, veterans, the different military branches, and other related themes, said Rosemarie Lister, MPH, SLUHN’s Senior Network Director, Community Health.
Together With Veterans community-based
Together With Veterans is a community-based suicide prevention program that partners rural veterans and community agencies to prevent veteran suicide in their communities.
The key elements of the plan are identifying service members, veterans and family members and screening for suicide risk; promoting connectedness and improving care transitions; and reducing access to lethal suicide methods and enhancing safety planning.
“Carbon County Veterans Affairs is fortunate to partner with DMVA and St. Luke’s to empower community members, local leaders, organizations, family and friends to take action against veteran suicide,” LeClair said. “Our partnership plans to equip our community with the tools and resources it needs to connect veterans who are experiencing emotional or mental health issues with lifesaving support. We are committed to our veterans and it is our hope that the TWV model will help to lessen the stigma that is associated with suicide and prevent another tragic death.”
Pennsylvania serves nearly 800,000 veterans – which is the fourth largest veteran population in the country. About 47,000 people die by suicide each year in the United States, but military veterans are 1.5 times more likely to die by suicide than non-veterans. For female veterans, the risk factor is 2.2 times more likely.

About St. Luke’s
Founded in 1872, St. Luke’s University Health Network (SLUHN) is a fully integrated, regional, non-profit network of more than 17,000 employees providing services at 14 campuses and 300+ outpatient sites.  With annual net revenue of $3 billion, the Network’s service area includes 11 counties in two states: Lehigh, Northampton, Berks, Bucks, Carbon, Montgomery, Monroe, Schuylkill and Luzerne counties in Pennsylvania and Warren and Hunterdon counties in New Jersey. St. Luke’s hospitals operate the biggest network of trauma centers in Pennsylvania.
Dedicated to advancing medical education, St. Luke’s is the preeminent teaching hospital in central-eastern Pennsylvania.  In partnership with Temple University, the Network established the Lehigh Valley’s first and only regional medical school campus.  It also operates the nation’s longest continuously operating School of Nursing, established in 1884, and 40 fully accredited graduate medical educational programs with 419 residents and fellows. In 2022, St. Luke’s, a member of the Children’s Hospital Association, opened the Lehigh Valley’s first and only free-standing facility dedicated entirely to kids.
SLUHN is the only Lehigh Valley-based health care system to earn Medicare’s five-star ratings (the highest) for quality, efficiency and patient satisfaction.  It is both a Leapfrog Group and Healthgrades Top Hospital and a Newsweek World’s Best Hospital.  U.S. News & World Report ranked St. Luke’s #1 in the Lehigh Valley and #6 in the state.  Three of IBM Watson Health’s 100 Top Hospitals are St. Luke’s hospitals.  The Network’s flagship University Hospital has earned the 100 Top Major Teaching Hospital designation from IBM Watson Health nine times total and seven years in a row, including in 2021 when it was identified as THE #1 TEACHING HOSPITAL IN THE COUNTRY.  In 2021, IBM Watson Health also named St. Luke’s among the 15 Top Health Systems nationally.  Utilizing the Epic electronic medical record (EMR) system for both inpatient and outpatient services, the Network is a multi-year recipient of the Most Wired award recognizing the breadth of the SLUHN’s information technology applications such as telehealth, online scheduling and online pricing information.  The Network is also recognized as one of the state’s lowest cost providers. 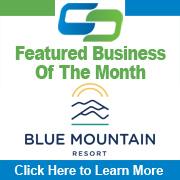