Jim Thorpe, PA – COVID-19 may have forced many schools to cancel their annual theater productions; however this year, Jim Thorpe Area High School (JTAHS) Drama Club decided to get creative and take their canceled, on stage production to the big screen! On Friday, April 30, 2021, everyone is invited to attend the premiere showing of JTAHS’s production of “West Side Story…The Movie” at the Angela Triplex Theatre located at 113 E. Phillips Street, Coaldale. Doors will open at 6:00 pm, a red carpet event with the cast and the Jukebox Cruisers Classic Car Club will be held at 6:30 pm and the movie will begin at 7:00 pm. Donations are welcome at the door.

“West Side Story,” an award-winning, 1961 movie and Broadway production was adapted from the classic romantic tragedy, “Romeo and Juliet.” It is about a young man and woman from rival New York City gangs, who fall in love, despite building tensions between their two groups that ultimately end in tragedy.

Play director, Natalie Kmetz, shares: “Last year, we had all worked so hard to prepare for our production of “West Side Story,” and then we had to cancel due to the COVID-19 lockdown. Everyone was so heartbroken and really wanted to put on the show this year. But we knew that to make this dream a reality, we had to pivot and do things quite differently because of COVID-19 restrictions and safety precautions. So after some thought, I brought the idea to the kids to make it into a movie. They were really excited about that!”

With the support of the school’s administrators and the video production skills of JTAHS teacher, Mr. Jason Conrad, and cast member, Jackie Munson, Kmetz directed her cast while shooting scenes on location at the high school as well as at various sites in the Jim Thorpe Borough.

Acting on stage is one thing but making a movie was such a great experience for these students. JTAHS junior, Carson Queen, who plays male lead, Tony, says, “This has been such an awesome experience for us to do our scenes as a movie. We have such a close cast and really had a great time!” JTAHS senior, Sophia Samoleski, who plays female lead, Maria, says, “We had worked so hard to get ready for this production last year. And then as of two months ago, we were still canceled, and now, we have our play turned movie. I really hope everyone comes out and sees the movie and all of our hard work!”

Kmetz, who is celebrating her 50th play and year as director, adds, “We had definitely thought this play wasn’t even going to be a possibility and now it is really happening, and we are so thankful to everyone who has made this possible!” 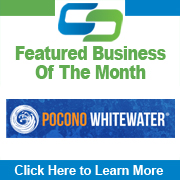